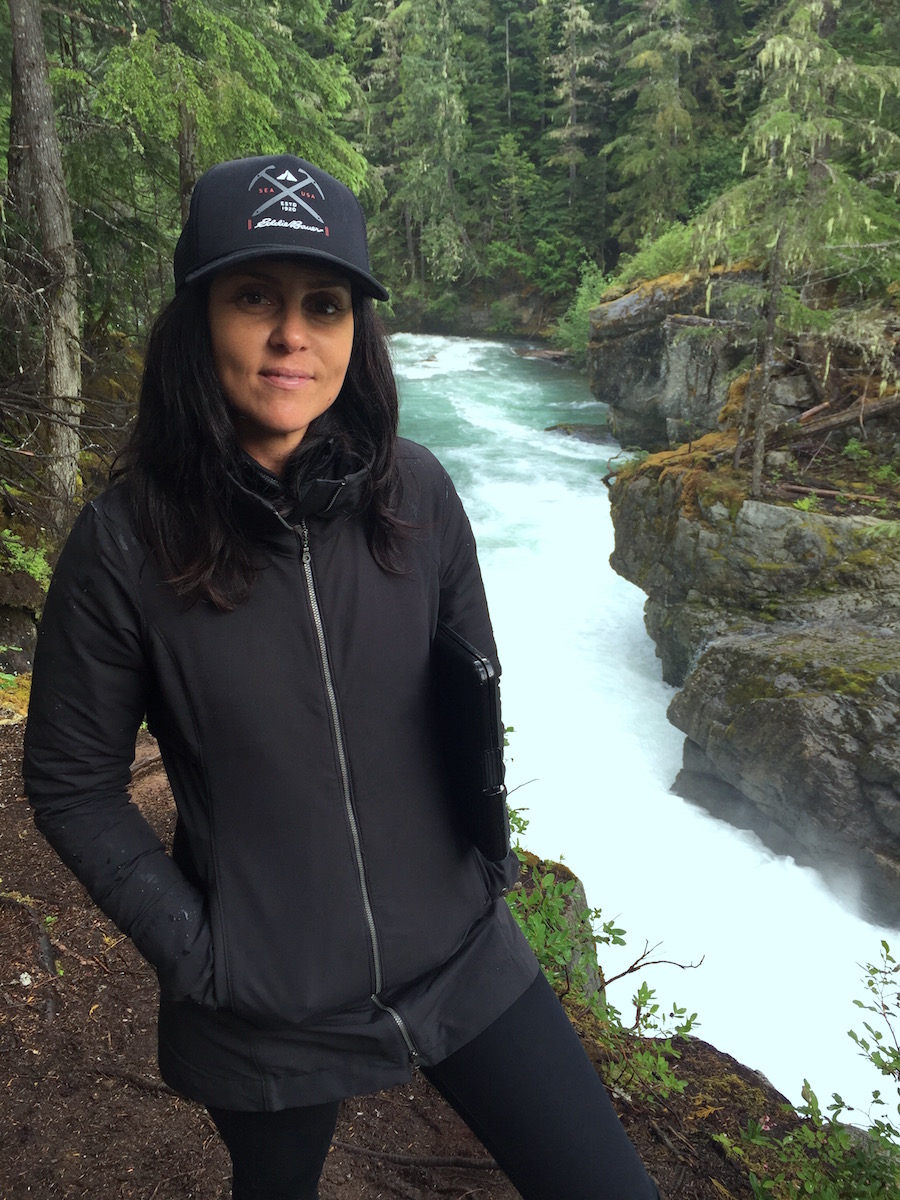 I’m a hybrid producer with a broad range of commercial production experience in both agency and production rolls. Though filmmaking is at the core of my skill set and passion, my producing jobs have put me in many unique places.

I’ve transported a film and print crew along with the Manhattan agency client to the backcountry of Donner Pass. I’ve pedaled a cruiser across an artist’s village in Finland transporting HD cards. I’ve executed a live, revivalist tent show complete with gospel choir and organ at the Boston Marathon.

I’ve produced a 20,000 sq ft new media museum at One Market Street in San Francisco, and simultaneously launched six shooting boats out onto the water in the early dawn of Florida.

This broad scope of experience informs each new project I undertake, and I treasure continual growth as a producer in the rapidly evolving world of production.

Rebecca has been working as a freelance agency producer for eleven years. After previous years of line production, experience on the agency side greatly informed Rebecca’s skill set as a producer, and has added another level to the comprehensive filter she brings to any given project. From the concept or pitch phase to the final delivery, Rebecca offers a valued skill set as a senior producer to advertising agencies. Being adaptable to the unique environment and culture of every individual agency is key, as is learning quickly how to operate within the process both systematically and creatively. As an agency producer with line production expertise, Rebecca is able to analyze, critique and negotiate budgets and contracts with a lens that only a versatile producer with both skills sets can do, in truly integrated fashion.

In being an integrated producer, Rebecca has a unique range in ability of production specialization. Managing deliverables in film & video, print, live-event and digital placements are routinely involved in her projects. From guerilla or documentary style productions to large scale shoots with A list directors, Rebecca is at home managing the budgets, workflows and sets that go along with each type of project. Integrating her knowledge of post-production during the pre-production and production phase of shooting is also a valuable asset to clients, as many pitfalls are avoided when a producer has both skills sets. Producing jobs with specialty post-production needs are also one of Rebecca’s areas of expertise, from green screen to mixed media or any range of vfx elements to be captured then managed through post production.

Though most of Rebecca’s projects involving film and video, one of her passions is producing still photography shoots. These sets are very different from large crew count film sets, and the difference in creative focus is something Rebecca really enjoys supporting as a producer. Some past print clients have been Nike, Brooks Running, Mt Dew and Mastercraft Boats. Many of Rebecca’s photography productions involve sports and professional athletes, and these type of productions have been executed across the United States. Another passion is fashion and lookbook photo sets, with their highly stylized and conceptual nature. Rebecca’s knowledge of post production extends to the post-management process of print production. Guiding the photo selection process, re-touch work, color grading, mechanical builds and final deliveries or traffic is well within her skill set.

Many film sets involve the capture of mixed media in video and stills, and Rebecca’s unique knowledge of both platforms and the valid needs of each shooter helps to bring harmony to these sets, which can all too often have conflicting priorities.

After principal filming or shooting is complete, the demands of many projects can reach their peak. From technical issues in project elements, to legal clearances or coordination among numerous finishing vendors, the needs of a skilled post producer to bring it all together is key. Rebecca has years of post production projects on her resume, including many long term post supervision projects based in Los Angeles. Having an in depth understanding of this workflow and the timing needed for each phase of the project is vital, as many projects can falter during this critical phase of the production’s life cycle. Aside from delivering on time and on budget, Rebecca’s nuanced skill set in post producing is most critical in building the creative environment that surrounds the project at hand, and stewarding a process where the writers and art directors are able to see their vision come to life.

Rebecca Hynes has produced jobs in over 20 of the United States and 4 countries abroad. From boats out in the ocean, to the back-country of Donner Pass, to the countryside of Finland or a stop-motion studio in London, her adventures in production always come with their own individual demands and problems to be solved. In loving to travel and experience new things, Rebecca is known for her ability to handle challenging logistics in any given situation or location.

Integrated production knowledge can be vital to modern advertising campaigns. With assets and deliveries trafficking to various platforms, the ability of a producer to be out in front of a project to shape and steer it is invaluable. Rebecca has produced entire campaigns from websites, banner ads, outdoor ads, catalogs, commercials, long format videos and live events. Most often Rebecca owns the film or print component of these campaigns, but in having the knowledge of how the project is ultimately being housed digitally, she can work more effectively with the digital producers to streamline the workflow. This enhanced process has a massive impact on keeping to delivery schedules and multi-tiered budgets.

In the constantly evolving world of film production, producers have to be adaptable and proactive in managing the technical parameters of each individual production. Rebecca has stayed committed to continued learning and growth in this regard, from following industry news and developments to committing to working on a wide range of project types. Rebecca focuses on thorough and redundant practices during the pre-production phase, from guiding the camera format decisions, to staging for post production. She routinely produces jobs on all leading camera platforms, from RED, to Alexa, to Canon SLR and GoPro. In producing commercial and action sport content, multi-platform sets are routine.   Rebecca possesses the ability to manage a wide variety of media asset capture. Productions can be executed involving multiple cameras, behind the scenes shooters, aerial cinematography, print photographers and any combination of the above.

Rebecca is happy to be calling Colorado home again after living there in her childhood and throughout her college years. As a senior freelance agency producer she’s thrilled to be bringing her experience producing abroad to Colorado and its growing creative community. Her skill set in action sports shooting is well suited in Colorado as a known hub for active lifestyles, events and production. As a freelance print producer Rebecca is also staged for productions coming to Colorado from abroad, particularly editorial shoots with photographers needing a local producer to team with.

Rebecca Hynes started her career in production in beautiful Portland, Oregon and continues to work with Oregon based clients, though her homebase is now Boulder, Colorado. Rebecca has produced shoots amongst all the unique landscapes of Oregon, from the snowy high altitudes of Mt Hood, to the sands of the Oregon Coast, to the grasslands of Eastern Oregon.   She’s also produced jobs throughout many urban and suburban locations, on sound stages and photo studios all located in and around Portland. Portland is home to many boutique advertising agencies, full of unique and creative people, and Rebecca is proud to be a part of such a talented community of creators and filmmakers.